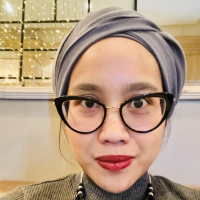 Abstract | Urban area serves as a melting pot of people across socioeconomic background. Individual mobility is dictated by one’s meaningful places while the choice of venues to visit is not randomly selected but strongly depends on the well-being of a person. The interaction between people and places, given their attributes and homophily leaning, may bring particular insight to socioeconomic stratification patterns and urban segregation at large. In this data-driven mobility research, we investigate biased mixing patterns in the 20 largest US urban areas, including New York. Large mobility dataset is extracted from Foursquare between 2012 and 2013. On top of mobility layer constituting ~30K users with ~$2M check-ins, we infer SES based on per capita income recorded on the 2012 American Community Survey (ACS). Validation against a null model is derived from configuration network by rewiring visit but keeping the network characteristics the same. In our results, strong tendency towards homophily mixing exists regardless the income distribution in urban landscape. Moreover, upward bias is persistent where biased preferences of people to visit places higher than their own class are found anywhere. Furthermore, distinct patterns of individual mobility in terms of stratified correlations between the bias magnitude and racial residential segregation are observable in our research.

Bio | Rafiazka’s work stands on two levels of playing fields, namely social science and computational social science, with network and data science as an intermediary in between. Her formal training at both bachelor and master level in Economics, Politics, and International Relations lay an integrated theoretical foundation for further scientific investigations related to dynamics of individuals, dynamics of social interactions, and collective social dynamics. Her current work focuses on the socioeconomic segregation in urban mobilities based on high dimensional spatiotemporal data.