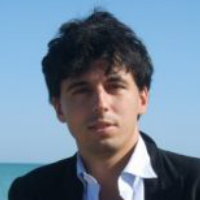 Abstract | In the last decades, cities have been largely acknowledged as complex and emergent systems as opposed to top-down planned entities. Thus, a new city science is emerging that aims at an empirical analysis of urbanization processes. However, it is evident the lack of understanding of the dynamics that regulate people interactions, their relationship with urban characteristics, and their influence on socio-economic outcomes of cities. Nowadays, massive streams of human behavioural data and urban data combined with increased analytical capabilities are creating unprecedented possibilities for understanding global patterns of human behaviour and for helping researchers to better understand relevant problems for cities and also whole societies. For example, analysing the digital traces people leave every day (e.g., mobile phones and social media data, credit card transactions, etc.) researchers were able, among the other things, to estimate the socio-economic status of territories, to monitor the vitality of urban areas and to predict neighbourhood’s crime levels.

In my talk, I describe some recent works where we have leveraged data from public andcommercial entities in order (i) to infer how vital and liveable a city is, (ii) to find the urban conditions (e.g., mixed land use, mobility routines, safety perception levels, etc.) that magnify and influence urban life, and (iii) to study their relationship with societal outcomes such as criminality and urban segregation. Our results open the door for a new research framework to study and to understand cities, and societies, by means of computational tools (i.e. machine learning approaches) and novel sources of data able to describe human life with an unprecedented breath, scale and depth.

Bio | Bruno Lepri leads the Mobile and Social Computing Lab at Bruno Kessler Foundation (Trento, Italy). Bruno is also the Head of Research of Data-Pop Alliance, the first think-tank on Big Data and Development co-created by the Harvard Humanitarian Initiative, MIT Media Lab, Overseas Development Institute, and Flowminder to promote a people-centered big data revolution. In 2010 he won a Marie Curie Cofund post-doc fellowship and he has held a post-doc position at the MIT Media Lab. He holds a Ph.D. in Computer Science from the University of Trento. He also serves as consultant of several companies (mainly telcos, banks and insurances companies) and international organizations. Recently, he co-founded Profilio, a startup active in the field of AI-driven computational marketing. His research interests include computational social science, personality computing, urban computing, machine learning, and new models for personal data management and monetization. His research has received attention from several international press outlets and obtained the James Chen Annual Award for best UMUAI paper and the best paper award at ACM Ubicomp 2014. His work on personal data management was one of the case studies discussed at the World Economic Forum.