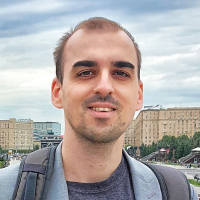 Abstract | Based on an original large-N data set of Serbian firms privatized between 2002 and 2011, and qualitative evidence, this article applies survival modeling to network data to analyze the political foundations of renationalization. I build on embeddedness scholarship and hypothesize that renationalization is influenced by varying patterns of embeddedness of firms in political and ownership networks. In contrast with expectations of the state capture literature, I find that politically connected firms are more likely to be renationalized than non-politicized ones, whereas firms owned by domestic corporate owners are less likely to be renationalized than those owned by non-corporate owners. I theorize my findings as the logic of extraction, showing that renationalization in politically connected firms happens either as an unintended consequence of extraction or of predation, and as the logic of reciprocity, which demonstrates that domestic corporate owners are more likely to avoid renationalization because they can offer favors to political parties.

Bio | Miloš Resimić holds an MA and a PhD degree in Political Science from Central European University (CEU), and an MA degree in Political Sociology and a BA in Journalism and Communication from the Faculty of Political Sciences, University of Belgrade. He currently works for Transparency International as a consultant for the Anti-Corruption Helpdesk, and as a Visiting Faculty at ELTE University in Budapest. He will be joining Central European University (CEU) as Visiting Faculty in the Winter and Spring semesters of 2022. He previously worked as a Post-Doctoral Research Fellow at the International Center for the Study of Institutions and Development (ICSID) at Higher School of Economics (HSE) in Moscow. He was a Junior Fellow at the Institute of Human Sciences (IWM) in Vienna, Visiting Scholar at University of California, Santa Cruz (UCSC), and a consultant for Government Transparency Institute (GTI). His broad research interests include political-business relations in post-communist countries, state capture, and social network analysis. Some of his research has been published in Comparative Political Studies.