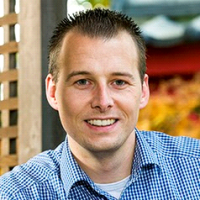 Abstract | Country-wide administrative register data, as studied within the POPNET project, enables the discovery of population-scale insights into contemporary social scientific problems such as segregation, inequality, loneliness and poverty. This talk considers responsibly anonymized population-scale social network data on all 17 million inhabitants of the Netherlands. We discuss how the formal links in this social network require one to critically rethink network analysis concepts such as the unit of analysis, measurement errors effects and the boundary specification problem, but also allows us to in a unique way revisit the well-known small-world phenomenon. The talk furthermore presents initial findings on the relation between the network structure and spatial distribution of the population.

Bio | Frank Takes is head of the Computational Network Science Lab at LIACS, the computer science department of Leiden University. He is also co-PI of the Population-scale social network Analysis (POPNET) platform, involving a collaboration between Leiden University, University of Amsterdam and Statistics Netherlands (CBS). His research deals with understanding the connectivity of our highly connected society, and is fascinated by how complex network structures cause societies or economies to fail or succeed. He is a steering committee member of the International Conference on Computational Social Science and a board member of the Dutch Network Science Society, an official chapter of the International Network Science Society. For more information, see https://franktakes.nl