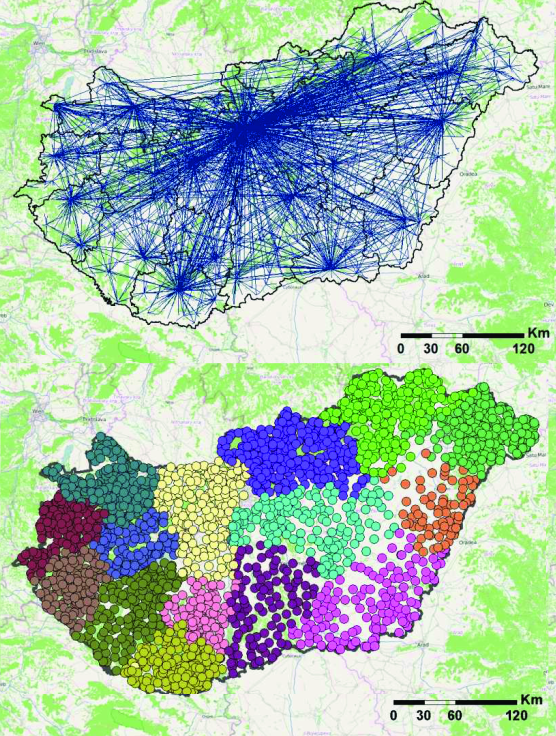 Geographies of an online social network.

How is online social media activity structured in the geographical space? Recent studies have shown that in spite of earlier visions about the “death of distance”, physical proximity is still a major factor in social tie formation and maintenance in virtual social networks. Yet, it is unclear, what are the characteristics of the distance dependence in online social networks. In order to explore this issue the complete network of the former major Hungarian online social network is analyzed. We find that the distance dependence is weaker for the online social network ties than what was found earlier for phone communication networks. For a further analysis we introduced a coarser granularity: We identified the settlements with the nodes of a network and assigned two kinds of weights to the links between them. When the weights are proportional to the number of contacts we observed weakly formed, but spatially based modules resemble to the borders of macro-regions, the highest level of regional administration in the country. If the weights are defined relative to an uncorrelated null model, the next level of administrative regions, counties are reflected.