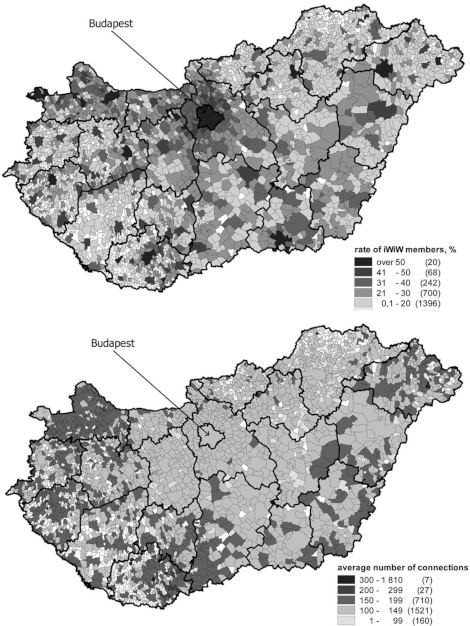 Online social networks, location, and the dual effect of distance from the centre.

Online social networks (OSN) are major platforms of ICT‐enabled communication, supporting place‐independent social life. However, recent findings suggest that the geographical location of users strongly affects network topology. Therefore, OSNs may be simultaneously related to locations and also unlocked from offline geographies. Our paper addresses this dual‐faced phenomenon, analysing the location‐specific effect on OSN diffusion and OSN usage. Findings on iWiW (International Who Is Who), the leading OSN in Hungary in the 2000s with more than 4 million users, suggest that the rate of users (proxy for OSN diffusion) is positively associated with the geographical proximity of Budapest, the foremost urban centre in the country. On the contrary, the average number of connections (proxy for OSN usage) is independent of the geographical proximity of the capital, and it is even higher in peripheral regions when controlling for other offline factors.

Geographies of an online social network.