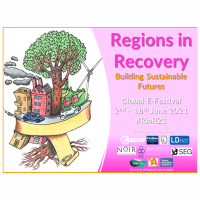 Abstract | A considerable proportion of jobs across labour markets of the Western world are low-wage jobs, while the number of “bad” jobs with deteriorating working conditions and task content is growing. This puts pressure on both successful and lagging regions as low-wage service workers struggle to avoid getting priced out of urban areas, while diminishing economic opportunities in more lagging regions fuel social and political discontent. In the pursuit of understanding the impact of low-wage jobs on career trajectories, the literature on low-wage jobs puts emphasis on the role of individual worker characteristics, such as skills, endowments, motivation and personality. At the same time, few studies pay attention to the differences within countries and across regions, making simple distinctions between urban and rural labour markets. However, low-wage jobs are typically concentrated in specific industries and occupations, which calls for a more sophisticated treatment of local labour market context, taking into account the spatial division of labour.

Hence, the aim of this paper is to provide empirical evidence on the role of local labour market structure in enabling or constraining workers in escaping low-wage jobs by drawing on the network-based approach of evolutionary economic geography in measuring local labour market structure. Specifically, the paper reveals the role of locally available opportunities for accessing better-paid jobs, as captured by our measure of relatedness density to high-income jobs. Relying on a uniquely detailed individual-level panel dataset provided by Statistics Sweden, we construct skill-relatedness networks for 72 functional labour market regions in Sweden, based on above-expected labour flows between jobs (combinations of industries and occupations). Our results, based on fixed-effect panel logistic regression for job changes of workers throughout 2006-2012, indicate that the density of skill-related high-income jobs within a region is conductive of low-wage workers moving up to better-paid jobs. While metropolitan regions offer a premium for this relationship, it also holds for smaller regions, as well as across various worker characteristics.

With these findings this paper contributes first to the literature on low-wage workers by considering locally available labour market opportunities, and by an improved measurement of local labour market context of escaping low-wage jobs. Second, it contributes to the literature on evolutionary economic geography by linking worker career trajectories to gradual structural change based on the related diversification within regions. Overall it connects more tightly the literatures of evolutionary economic geography and low-wage workers.

Gergő Tóth will give a talk on how "Technology Network Structure Conditions the Economic Resilience of Regions". See working paper at: https://peeg.wordpress.com/2020/10/20/20-48-technology-network-structure-conditions-the-economic-resilience-of-regions/

Abstract | This paper assesses the network robustness of the technological capability base of 269 European metropolitan areas against the potential elimination of some of their capabilities. By doing so it provides systematic evidence on how network robustness conditioned the economic resilience of these regions in the context of the 2008 economic crisis. The analysis concerns calls in the relevant literature for more in-depth analysis on the link between regional economic network structures and the resilience of regions to economic shocks. By adopting a network science approach that is novel to economic geographic inquiry, the objective is to stress-test the technological resilience of regions by utilizing information on the co-classification of CPC classes listed on European Patent Office patent documents. Findings from a regression analysis indicate that metropolitan regions with a more robust technological knowledge network structure exhibit higher levels of resilience with respect to changes in employment rates. This finding is robust to various random and targeted elimination strategies concerning the most frequently combined technological capabilities. Regions with high levels of employment in industry but with vulnerable technological capability base are particularly challenged by this aspect of regional economic resilience.